Throughout the preseason, the declarative statement, “That coach likes to rotate,” litters fantasy football content. A rotation typically refers to multiple players sharing one role or position on the field. All teams rotate players through the running back position. No one but New Orleans rotates quarterbacks in normal game circumstances.

On defense, every team rotates pass rushers. This role might be the most physically exhausting role on either side of the ball outside of the punishment that running backs take.

The balance of playing time between participants in such rotations significantly impacts each player’s production and fantasy value. A defensive end playing the vast majority of his defense’s snaps enjoys many more opportunities to collect tackles, sacks, and other stats that contribute fantasy points. Quality players in deep rotations lose these opportunities and can lag less-skilled players on other, often weaker defenses who see the field more frequently.

The Eagles are well known for their deep defensive-line rotation. The organization has sought to field at least eight regular, solid contributors since well before their current defensive coordinator, Jonathan Gannon, entered the picture. The tendency helps the whole line exceed the sum of its parts. Josh Sweat, who’s played just 60 percent of the unit’s snaps, resides just inside Footballguys’ top 24 defensive ends in fantasy points despite ranking third in the league in pass-rush win rate per ESPN analytics.

Crosby’s workload is remarkably rare. He easily leads all edge defenders in snaps per game. His defensive coordinator, Patrick Graham, seems to have concluded that Crosby is so much better than any second-teamers that the defense can’t succeed without him. Crosby’s current pass-rush win rate lags behind his 10th-place finish in 2021.

Notably, Graham has no history of giving his edge defenders a full-time workload. Graham has adjusted to his personnel in Las Vegas after stops in Miami and New York, where he had no similar talent to Crosby.

A great deal of print is devoted to the analysis of who’s good at football. Often, the best source for such a conclusion is the league itself.

Maxx Crosby was the Raiders’ fourth-round pick in 2019. The fourth overall pick in the same draft by the same team leads the motley crew of defensive ends that Graham doesn’t trust on the field in place of Crosby. It’s no hot take to proclaim Crosby a better player than Clelin Ferrell. The Raiders reached that conclusion by Week 5 of their rookie year when Crosby overtook Ferrell in playing time.

Seattle edge defender Darrell Taylor is playing in his second season after missing all of 2020 to injury. In his column, IDP Upgrades, Footballguy Aaron Rudnicki names Taylor a downgrade for his lost playing time. Fantasy gamers are wise to interpret the NFL’s conclusions and take appropriate steps.

The first round of the 2021 NFL Draft featured six pass rushers. Most have developed a significant body of work such that their teams have reached conclusions on their fitness for playing time.

The 18th overall pick of the 2021 NFL Draft broke out early as a fantasy star with 8.5 quarterback sacks in a part-time role. In reality, Jaelan Phillips benefited from an effective, aggressive defense that finished fifth in sacks and second in quarterback pressures, according to Pro-Football-Reference.com.

The Dolphins’ defense has been perplexingly less effective in 2022. Its pass-rush metrics place it in the middle of the pack. That’s been through no fault of Phillips. He ranks eighth in the NFL in pass-rush win rate per ESPN Analytics.

Phillips played the role of pass-rush specialist in 2021, earning 54 percent of his unit’s snaps. He has substantially improved in run defense in 2022, and his playing time reflects his growth. He’s played 71 percent of available plays to date. He’s nearly matched his 2021 totals for tackles and quarterback hits through eleven games.

Fantasy gamers are undoubtedly frustrated with Phillips’s lackluster totals of 4.5 sacks and 5 tackles for loss. Patience is in order. The team has doubled down on its current defense with its trade for Bradley Chubb. The former Bronco is soaking up snaps previously played by Emmanual Ogbah, who suffered a season-ending injury. Andrew Van Ginkel, who started ahead of Phillips last year, occupies a minor role and is no threat. Veteran Melvin Ingram III fills Phillips’s former role as the first pass-rusher off the bench, playing about half the snaps. 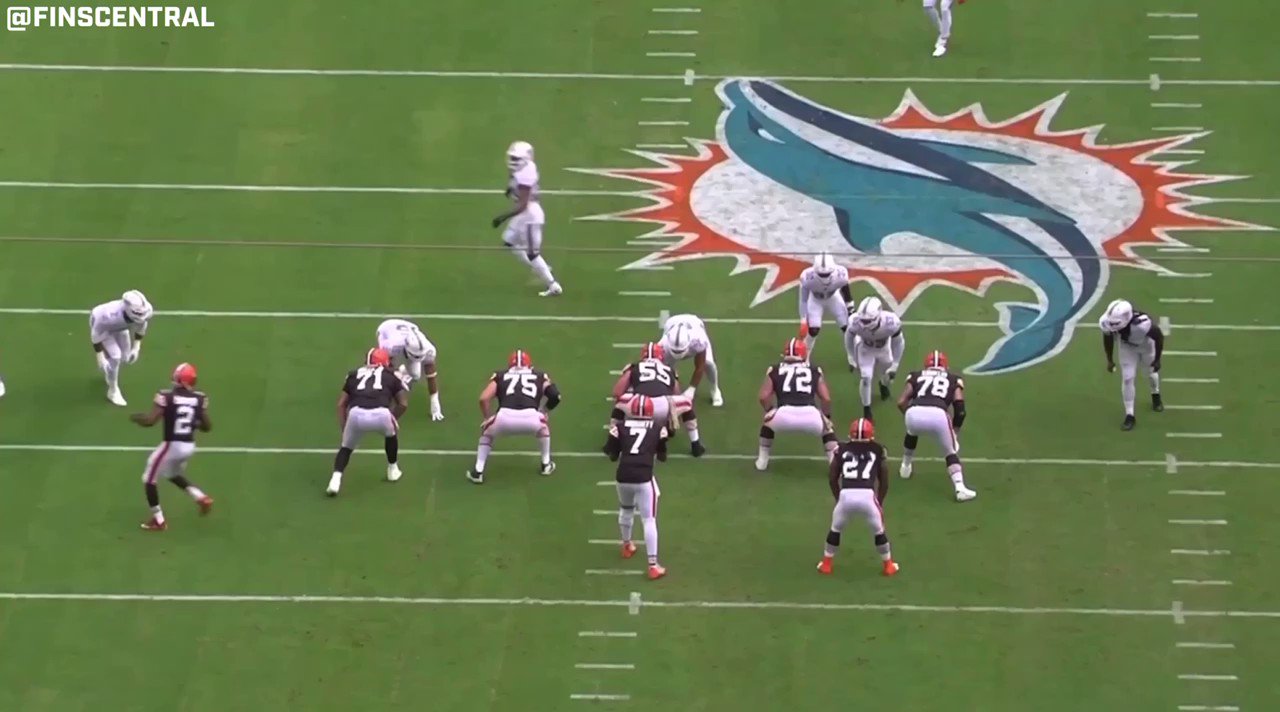 Finscentral on Twitter Jaelan Phillips is a must watch every week. The big sack numbers will be coming soon and the addition of Bradley Chubb will only help him get more 1 on 1 opportunities. He’s already at 40 pressures this season which ranks 8th in the NFL. Last season he finished with 39. pic.twitter.com/8TZZJZk2Dh— Finscentral (@finscentral) November 18, 2022 Finscentral Twitter
Already a subscriber? Login