After a mostly successful Week 1 of Edge and IDL streamers, here is a look at the best streaming matchups from Week 2.

Week 1 was a little difficult when it came to projecting Edge and IDL streamers, mainly because there had not been any true football played yet. Still, there were some successful calls, mainly on the Edge position. The two edges in the Week 1 article, Samson Ebukam and Jadeveon Clowney, combined for five total tackles, one tackle for a loss, 1.5 sacks, and two passes defended. James Smith-Williams was the Edge deep sleeper and he totaled just two solo tackles, but it was a deep call. The two streaming IDL calls were a bit off. Arik Armstead and Jerry Tillery combined for just two solo tackles with one tackle for a loss, all of which were accumulated by Armstead. Dean Lowry, the deep sleeper, was able to come up with three total tackles, not great, but not bad for a deep sleeper IDL.

Now with a week of football under our belts, we can dig into matchups a little better. Some offensive lines struggled as we thought they would. Matt Bitonti had the Raiders offensive line ranked 30th overall. They gave up five sacks to the Chargers. The Chargers racked up pressure all day and forced Derek Carr into numerous turnovers. Though the Bengals invested in the offensive line during the offseason, they still gave up a league-high seven sacks to the Steelers during Week 1. Let's try to expose some of these struggling offensive lines. Here are some great streaming options for the Edge and IDL positions for Week 2.

Dominique Robinson was a 5th Round selection in the 2022 NFL Draft for the Chicago Bears. After Week 1, he is looking like a steal. Robinson was noticeably the Bears' best pass-rusher, at least so far this season. Robert Quinn looked his age on Sunday. Rising talent Trevis Gipson looked better than Quinn, at least, but did not get to the quarterback. Not only did Robinson get to the quarterback (1.5 sacks), but he racked up 7 total tackles as well, with 5 of them solo tackles. Robinson only played on 41% of the team's snaps, third of all defensive linemen, but showed he should be on the field more, thoroughly out-performing his teammates. Robinson showed incredible explosion and speed on his first career sack. 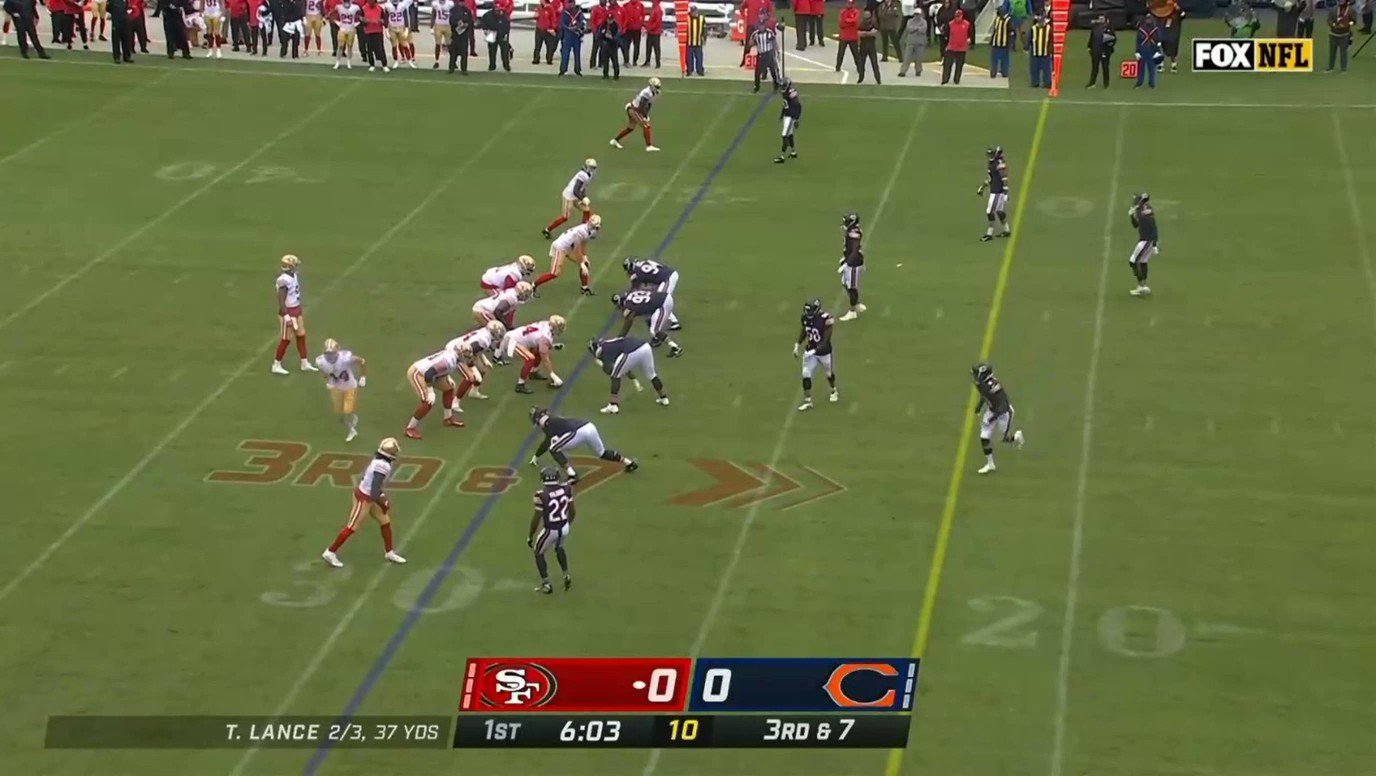 He played excellent against the 49ers, accruing an overall defensive grade of 89.8 and a pass rush grade of 77.4 per Pro Football Focus. Robinson is matched up against the Packers offensive line that gave up four sacks during Week 1. Though they may get both David Bakhtiari and Elton Jenkins back for Week2, something stood out during the Week 1 debacle. Aaron Rodgers does not have confidence in his receivers. We have seen Rodgers have trust issues before. Ultimately it led to his offense struggling. He is holding the ball too long, and Robinson should be able to use his speed to beat up on Rodgers.

A.J. Epenesa was a highly skilled collegiate player, though had yet to make a splash during his two seasons in the NFL. He is still part of a rotation, but a rotation that was camping in the backfield against Matthew Stafford and the Rams. Epenesa played on 54% of the Bills' defensive snaps during Week 1, second most of defensive ends on the team. He racked up four pressures and two sacks on the day, adding a 66.8 pass-rush grade. Epenesa won all day Sunday, setting violent edges and getting up underneath the pads of offensive linemen, keeping them off balance. Check out how he transfers power into the linemen, putting them on their heels. 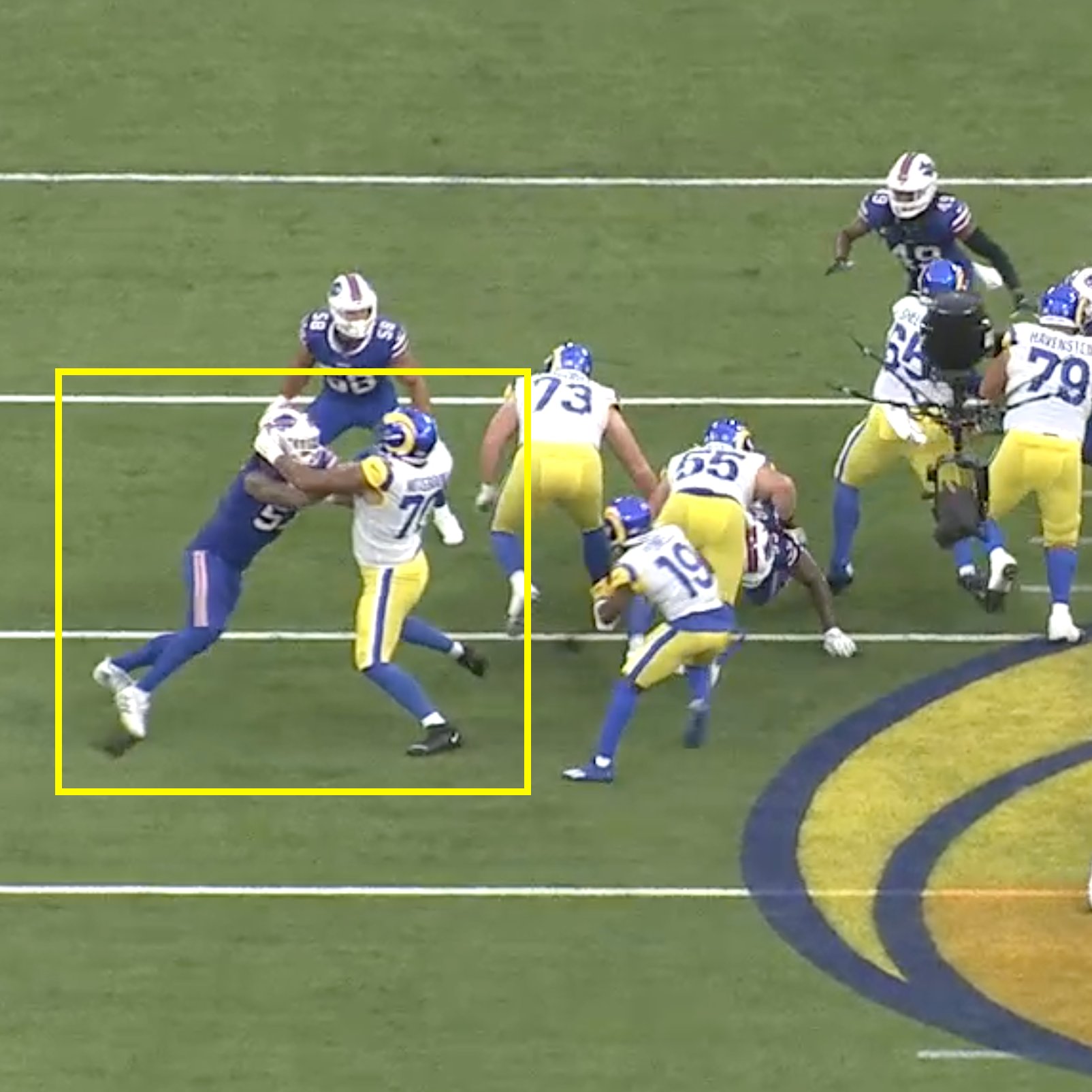 Epenesa and the Bills bring their ferocity to Tennessee for Week 2. Though Tennessee's offensive line only ceded one sack during their Week 1 loss to the Giants, the story is not very telling. The Giants were missing their top two pass-rushers, Azeez Ojulari and Kayvon Thibodeaux. The Bills will put up numbers on a Titans defense that gave up 21 points to the Daniel Jones-led Giants. This will force Tannehill into an excess of passing situations. The defensive line should feast again.

The Guru and the Godfather: Week 12