The Gut Check No.581: Should We Fly with Damiere Byrd?

Matt Waldman examines the film behind Damiere Byrd's past two weeks of starter production to determine if we can expect more from the Falcons' receiver.

WE'RE ALWAYS LOOKING FOR AN EDGE

We don't always know where to look and when we do, we often fail to recognize the genuine article for it is. An edge at this time of the year can require risk. Most people are risk-averse. There is a smaller percentage of GMs who often lack a good barometer for what's too risky, but they're a topic for another time.

Gaining an edge at this time of the year requires having the vision to see the possibility of an outcome that most people didn't expect, identifying the tangible and logical reasons that can underpin this possibility, and having the guts to embrace it.

If you're a serial trader, check yourself with that fine line between what's truly going to upgrade your team with the least amount of downside and pursuing the thrill of the deal in order to get high from the buzz of the potential ceiling outcome.

This feature, like many I'm doing this year, is rooted in the idea of identifying players who could potentially outperform their current value for the rest of the year and, based on common public perceptions about their profile, could be acquired at a low enough cost to minimize the risk.

Minimizing risk doesn't mean there will be minimal risk, just less of it than there is with other players/scenarios.

When examing the past two weeks of the fantasy season, Falcons' Damiere Byrd is the 15th-ranked PPR receiver during this span. The first thought for most is to discount his production as a blip, an unsustainable fluke.

Should we? And if we should, is there something more to learn from examining Byrd's game that can help us as fantasy GMs?

Let's take these questions one at a time. First...

Why Am I Examining A Fringe Fantasy Receiver?

I'm about to brag, but I'm doing it to set up praise for someone else.

Whether you're a scout-draft analyst, fantasy writer, or in my case, both, you're going to miss. I've had my share when looking at the wide receiver position. Hakeem Butler, Dorial Green-Beckham, and Dante Pettis are players I was higher on than many of my peers who didn't remotely produce to their potential.

It makes entertaining fodder for those who make it a point to attract their audience off the backs of others' failures. It's part of the game. The only reason the fodder is entertaining is that I have sustained success with the position over the span of 17 years.

While I learned I wasn't in the majority opinion about Butler, Beckham, and Pettis and failed, I was also in the minority opinion with how highly I ranked and forecasted an immediate fantasy impact for Odell Beckham Jr, Cooper Kupp, A.J. Brown, Justin Jefferson, Ja'Marr Chase, Jaylen Waddle, and Chris Olave.

If you get the Rookie Scouting Portfolio pre-draft and post-draft publications, you know what I'm talking about — and in great detail.

My success is rooted in a detailed process of evaluation that encourages continuous improvement based on how it's structured. The more I watch, the more the process encourages me to ask questions that refine it. A lot of that work behind the scenes shows up (literally) behind the scene of my appearances on the Audible or my RSP Casts. 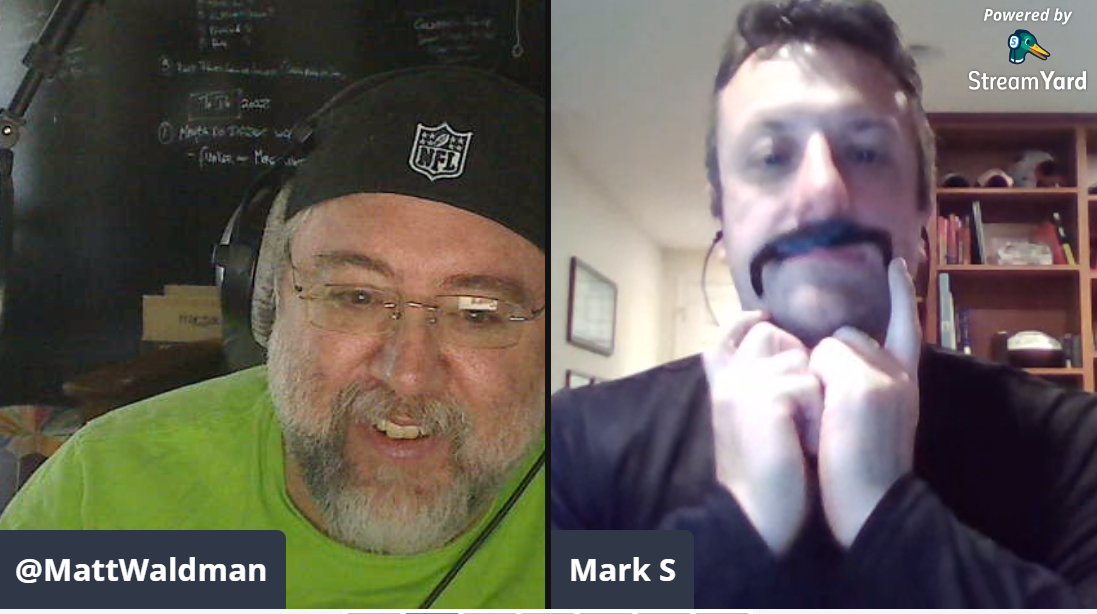 This blackboard is filled with notes about how to potentially improve my scouting of quarterbacks, running backs, wide receivers, and tight ends. This includes how to tighten up the way I define the criteria to use as well as techniques and concepts at each position that I'm learning about.

For a year, my board was filled with the work of Drew Lieberman, a former receivers coach at Rutgers. Lieberman's current students include NFL receivers and tight ends like Jakobi Meyers, Darius Slayton, Allen Robinson, Evan Engram, Olamide Zaccheaus, and Byrd. He has also worked with Julian Edelman, Mohammad Sanu, Juwann Winfree, and Chris Conley.

Lieberman's YouTube Channel, the Sideline Hustle, is an excellent resource. He has broken down tape with top pros like Kupp and Davante Adams. As I've done before with Lieberman when he joined my podcasts, I've credited his work as a basis for how I've continued to refine my wide receiver criteria, beginning with a significant incorporation of detailed techniques and concepts with the position into my evaluations about four years ago.

It's a big reason that while most saw Brown, Jefferson, and Olave as bad or less-than-ideal fits for the Titans, Vikings, and Saints as rookies, I saw them having the best chance for immediate impact in their respective classes.

I'm sharing this because another insight I gained from studying Lieberman's work and applying it to my process is that we fantasy GMs often miss out on calculated gambles that can at least generate short-term success because we don't always understand how defenses dictate targets.

In competitive leagues, fantasy GMs snatch up known free-agent commodities immediately. There will be weeks where there's nothing on the waiver wire. At least nothing the fantasy community knows anything about.

The best fantasy GMs don't lean on that as an excuse. I'm trying to do the groundwork for you and tackle potentially difficult situations that others shy away from.

WHY DAMIERE BYRD IS WORTH KNOWING ABOUT