We do a ton of insightful, thoughtful, and serious features here at Footballguys, with smart people thinking deeply for you.

This is Random Shots, and it's a few pages of me downloading my brain that gets stuffed with way too many random items from too many hours watching, reading about, and listening to Football every weekend and throughout the week. It's the only way I manage. Here's hoping it has some value for you.

If a fantasy football season were nine seconds like this video, we're about five and a half seconds in. So far, feels accurate.

Make sure to have the sound on.

A fantasy football season in 9 seconds...

As I write this, Thanksgiving is tomorrow. I think it's my favorite holiday as it doesn't have all the weird commercial pressures with over-the-top decorations or gifts. It's mostly about food around a table with people. I hope you're able to have a great one.

Not going to lie. Saquon Barkley calling Daniel Jones "Vanilla Vick" got me.

Saquon: “if I break a long one I better see Vanilla Vick down there” ðŸ˜‚ðŸ˜‚ðŸ˜‚

It started with a Jets fan talking about Zach Wilson and saying, "really can't believe we picked Mormon Ryan Leaf".

Leaf took it from there...

If Jay Cutler was a dog. pic.twitter.com/HeCZtBKTnR

The Browns never had a chance...

Why does the snow forecast in Buffalo look like the Bills logo? ðŸ˜‚

Although I'm a little bummed we missed out on this.

You may have seen Pete Carroll and Russell Wilson feuding last week, with Carroll saying Wilson resisted wearing the wristband for playcalling in Seattle.

This round was easily won by Wilson, quietly sporting the wristband at the midweek presser.

On that note, the advertising patches on the practice jerseys are interesting. It's only a matter of time before that's a regular game-day thing. The league is just conditioning us now, so people don't yell too much when they make it official.

With that said, I wonder how much it costs now for the practice jersey sponsor? A Black Eyed Joe Footballguys logo would look sweet there. Way better than Mattress Firm.

Stefon Diggs fantasy managers after the NFL announces this weekend’s blizzard game is moved indoors to Detroit and Buffalo plays back to back games in the dome. pic.twitter.com/np875JNPYn

This was kind of fun.

My brother is in Atlanta this weekend for a bachelor party and they’re going to the Bears-Falcons game today like this.

But with anything like this, you have to be ready for the other side...

Thanks to Keith Overton for that one.

Music note of the week is from an old favorite. If you know me, you know my favorite band is the Avett Brothers. I'm not sure I can pick a favorite Avett Brothers song, but "Salvation Song" has to be up there.

This one is great anytime, but it feels especially right this week of Thanksgiving. The last minute or so when they sing without the instruments is so good. Turn it up loud.

It had been a while for Kenny Golladay...

Amari Cooper showing what he can do with Josh Allen...

Josh Allen threw away the ball and Amari Cooper somehow caught this with one hand ðŸ˜…pic.twitter.com/eQytjTu6YY

One of the most underrated things in all of sports: The way Bill Belichick tosses the challenge flag from his sock. pic.twitter.com/tjWrnLXG5f

But we had a misfire this week.

Belichick checking both socks for the challenge flag ðŸ§pic.twitter.com/hkGeH2eI6u

Maybe the biggest hit in the UCLA - USC game.

Apparently, the World Cup, which I'm told is a very big deal, is not allowing beer sales at the stadium.

I didn't know that was possible.

Ecuador went Joker and bypassed the big payday as they beat Qatar in the opening game.

I bought the domain name Futbolguys.com years ago. Might be time to break it out.

I see you, Cole Kmet.

I like Justin Fields. But let's pump the brakes a bit.

The King in the North. pic.twitter.com/iG0BOKQQLM

Vikadontis Rex with some levity.

He’s literally lost to EVERY TEAM in the NFC North this year alone https://t.co/kojYKlkWcH

This is illegal in today's NFL.

And it may not be a popular take, but I'm completely fine with it.

This is apparently “forcible contact” worthy of a roughing the passer call #CHIvsATL pic.twitter.com/YKad7uqFAq

I loved this view—two coaches dueling each other.

This split screen was tough for Detroit fans Sunday...

As a Lions fan this is very confusing #NFLRedZone pic.twitter.com/TnL5yb359Q

To the Florida fans that made the trip to Nashville, I found the quickest route home for you. pic.twitter.com/wiRMhcm6D9

This was the truest thing I wrote this weekend...

Jamaal Williams whenever D'Andre Swift gets it near the endzone... pic.twitter.com/gRT8lUAhn3

It's good to know Mecole Hardman watches a game like the rest of us...

Update I threw the remote at the TV! Now I gotta go get a new TV ðŸ¤¦ðŸ¾‍â™‚ï¸ https://t.co/laUehn5TIh

Just in case y’all thought I was lying I really did break my tv ðŸ˜•ðŸ¥¹ pic.twitter.com/1RyOdPyJim

Justin Herbert scored to take the lead with less than two minutes left in the game.

The Chargers take back the lead ðŸ‘€ðŸ‘€ðŸ‘€

He knew there was too much time left.

And he was right.

I don't know a lot. But I know this is ungood.

George Kittle in Mexico City went just about like you thought it would.

Wrapping with this one. I did this last year, and it seemed to resonate, so I'll say it again.

It's about the value of food. And Family. And after a few years of not normal Thanksgivings and gatherings for some, this maybe makes it all the more important.

My Mom died a few years ago. She always made a Sweet Potato Casserole for holidays. It wasn't particularly special or unique. Like a million other Better Homes and Gardens-type recipes. Sweet Potatoes, Half and Half, Sugar, and Vanilla with a Marshmallow topping. Someone in your family likely makes something similar.

As my Mom's health declined the last few holidays, bringing that Sweet Potato Casserole was about all she could contribute. And that was, of course, great. It wasn't about the food.

I'll miss her at dinner this year. 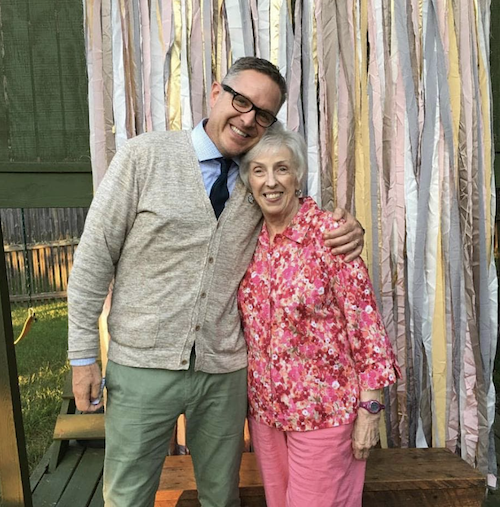 This year I'm trying to make her Sweet Potato Casserole.

I love how food is so much more than just fuel for our bodies. It's a zillion times bigger. So in some ways, it sort of is about the food. Because sometimes food and memories are all we have left.

And I don't want that to sound sad. I'm thankful.

My hope and prayer for you today is you have reason to be thankful too.

What You Need to Know From Week 12