The Gut Check No.572: Bold Predictions

We're at the edge of the cliff. Whether it's one player or several, you've had to make the leap if you've come to play.

After spending the summer studying the tape, monitoring personnel changes, and consulting with the groundhog in my backyard, it's almost time to unveil my bold projections for the 2022 NFL season.

I'm not kidding about the groundhog . . . 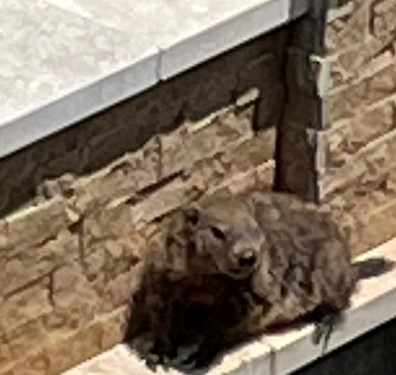 Next week, I'll be giving you an early taste of the film study and fantasy recommendations that you'll find every Monday night in my Top 10 column during the season. This week, let's make some bold calls for 2022.

For the past few years, I've been strolling down Absurdity Lane as a challenging exercise to unearth potential fantasy outcomes that were possible but likely improbable. Let's have a look at last year's disaster:

The Stafford call was "on your street" close, and the Brady call was at the edge of the next zip code, but the rest were way off. For the past four years, my bold call rate is in a slump in the caliber of the Lions or Jets.

Listen, if Connor McGovern can push through the disheartening experience of Zach Wilson's quivering hands under his backside every week, I'm not going to mail it in, either. Still, I'm telling Google Maps to give me alternate directions to Bold Town without taking me through Nutville.

Courtland Sutton Will Be A Top-10 Fantasy WR

Sutton's average ranking among our staff is WR15 as of the last week of August. Ranking predicting a top-10 finish at the position doesn't seem like much of a stretch.

Put that stamp on the envelope and walk over to the blue metal box on the street corner, Waldman. Right?

The boldness of a call often depends on the heights you're taking it. Last year, the idea of Brady performing as an elite fantasy quarterback was a bold call because he was seen as a low-end starter, at best. There are 11 staffers ranking Sutton outside the top 15 and half of them outside the top 20.

There are 20-30 receivers with the talent to deliver top-10 fantasy production in fantasy this year. Sutton's best season as a pro was a 1,112-yard, 6-touchdown campaign that placed him 18th among fantasy options in 2019.

As I've been pounding home all summer, Sutton is a better all-around receiver than DK Metcalf. If you want a bold call that Seattle fans and the athlete groupies will tell you is absurd, this is one. I'm not backing down on that view. Sutton is a superior route runner in the middle of the field and the boundary.

We mistakenly correlate athletic ability with potential. The better the athlete, the more upside. This is a fallacy. There are few attributes where "the more, the better" is the outcome. Whether it's speed or route running technique, there's an acceptable baseline of skill required to deliver in the league.

"The more, the better" only applies if the player has acceptable baselines of the various attributes that meet the expectations for productive receiver play. Metcalf is a better athlete than Sutton but Sutton's athletic ability is still considered in a high-end tier expected of primary starters at the receiver position.

When Metcalf had Russell Wilson and Sutton had Drew Lock, Metcalf was the more productive option. However, the tables are turned, and Sutton offers more versatility as a route runner and the baseline expectation for a top starter with plays where Metcalf thrived. Overall, Sutton may not do 3-4 things at as high of a level as Metcalf, but he does 5-7 things at a high enough level to deliver equal to greater production and offensive value.

Jerry Jeudy is an aspiring Reggie Wayne, not a future Antonio Brown. He's not the ball-winner or YAC demon that Brown was. He's a promising route runner with good, but not great skills with the ball in his hands — despite the fancy moves you saw at Alabama. If anything, Jeudy is a rich man's Peter Warrick with a shot at a better career. If you remember Warrick, the former FSU wunderkind earned comparisons to Jerry Rice.

Jeudy is fantasy worthy, but his game has hidden trap doors. Sutton has a secret door with stairs leading up.

The Slander Elliott earns has to do with his enormous contract for the position and the resulting rhetoric that the accountants-turned-analysts feel compelled to use to prove their point that NFL teams can get a better bang for their buck with the running back position. Where the rhetoric goes too far into "click on me" is the idea that Tony Pollard is a superior player and Elliott is not one of the better top running backs in football.

Click the link above, and you'll get the full argument with the film that explains where the dots crowd goes wrong.

I understand that the purpose of the dots has been to show how plays unfold in media spaces without infringing upon the broadcast rights of other networks. However, it has morphed into a favorite device of football data analysts, who already have earned a reputation for removing humanity from the game.

I'm not talking about the flawed aspects of humanity such as specific biases about how we've seen the game that is low-hanging fruit and should be addressed. I'm referring to variables that are currently beyond their devices to measure adequately but still exist. For example, the idea that emotion is not a legitimate variable in a collision-combat sport. Deny Emotion, and You Only See A Fraction of the Game.

Intentionally or otherwise, moving dots as a substitute for human beings is representative of a mentality that, when it goes to its extremes—even in the mainstream, can become obtuse with its analysis.

Questions about Elliott's skills are at the epicenter of this obtuse perspective. The Cowboys will have to run more often this year. Elliott may not earn 300 carries, but the idea he won't flirt with 250-270 due to Tony Pollard doesn't take into account the state of the Cowboy's passing game.

There's a false equivalency that folks are making with the Elliott-Pollard pairing to the backfield dynamics of Nick Chubb-Kareem Hunt, Aaron Jones-A.J. Dillon, and even Javonte Williams-Melvin Gordon III last year. While Dillon — the lowest ranked producer of these players mentioned, was only five spots above Pollard among last year's fantasy backs, he had a 31-point advantage. Gordon had a 45-point advantage. Hunt only played five games last year but averaged 3.1 fantasy points per game more than Pollard and has past history as a top-24 fantasy runner while in a backfield with Chubb.

The idea of Tony Pollard getting significant red-zone opportunities at the expense of Ezekiel Elliott is like asking Jerry Jones to behave with modesty. Let's not kid ourselves. Tony Pollard has what it takes to become a fantasy thing, but he's not Austin Ekeler overtaking Melvin Gordon III.

Post-Edit: This one is already looking rough with the news about Tyron Smith, but replacement-level linemen usually are best with the ground game, so I'll soldier onward and hope for the best. We'll hope the Cowboys acquire a solid veteran.